Thank you to the over 500 people who completed BIA’s survey of people with a brain injury’s unmet needs for services and supports provided by the National Disability Insurance Scheme’s Information, Linkages and Capacity Building (ILC) program. While three in every four respondents found BIA “very” or “somewhat” “helpful”, it needs to provide more “learning and development events” about, for example, brain injury and the National Disability Insurance Scheme (NDIS) and about peer supports. It should also advocate for the needs of specific groups, such as people with a brain living in rural, regional or remote areas. 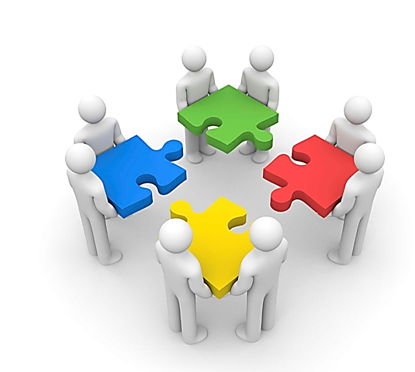 With funding from the National Disability Insurance Agency’s (NDIA)’s Community Inclusion Capacity Development (CICD) grants programme, the Australian Federation of Disability Organisations (AFDO) invited the AFDO Full Member organisations that comprise the Disability Australia consortium (DAC) to undertake a survey of people with a disability’s unmet needs for National Disability Insurance Scheme (NDIS) Information, Linkages and Capacity Building (ILC) services and supports – to assess and inform “national readiness”. Brain Injury Australia (BIA), as a member of DAC, undertook the survey, beginning with the 2,400 subscribers to its monthly newsletter. The survey was prepared and sent in early July, 2017 with a 21st July deadline for responses.

Most respondents reported BIA is in “in touch” with them, mainly via the monthly newsletter or visits to BIA’s website, and that they preferred these online communications. Further, there was a clear preference to receive information from BIA primarily in written form – by email, on its website, and on its Facebook and Twitter pages. The quality of information about ABI provided by BIA was generally judged to be “good”.

To improve on its information clearinghouse role, BIA should deliver, in ranked order, more “learning and development events” for families and carers, “events” (e.g., workshops, forums, or conferences), peer-support groups, and more information about ABI and ABI services (e.g., NDIS) on its website. These responses are in general agreement with several ILC streams and activities and are relevant to BIA and other ABI organizations in their own ILC or ILC-type activities.

Respondents expressed an unmet need for information about acquired brain injury (ABI) and the NDIS. Nearly half of respondents request further help from BIA to access and understand the NDIS in relation to ABI. One action that BIA should consider is to develop a dedicated information page on its website, as well as learning and development activities – such as the two days of workshops planned for November, 2017 – in relation to eligibility and access to the NDIS for people with an ABI.

439 (81%) respondents reported encountering barriers to participating in their communities. Lack of money or sufficient personal income was the main barrier, followed by “poor attitudes of people in the community” towards people with ABI, lack of employment opportunities, or limited access to transport to access community events. Of those who responded to problem using government (“mainstream”) services, most solved the problem themselves or, with the help of a family member or advocate.

Several respondent groups felt their needs were not adequately represented by BIA and its ongoing activities. These groups include people in rural, regional or remote communities, General Practitioners (GPs), allied health professionals, people with an ABI, their carers or families experiencing inequity, people with an ABI who have specific visual or auditory disabilities, people with an ABI or their families or carers aged 65 or over, and those with severe ABI. The results suggest that BIA’s communications and events need to target a broader range of groups affected by ABI. Download BIA’s report on the survey here.