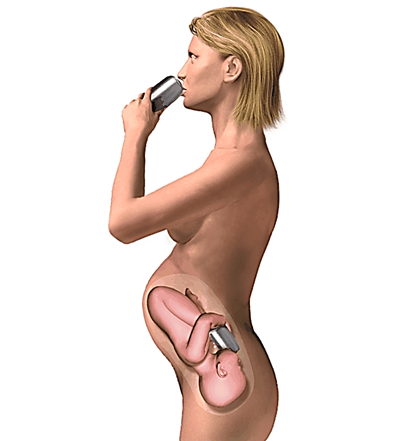 June’s e-newsletter featured the latest in a series of articles co-commissioned by Brain Injury Australia and Australian Doctor” – the “leading news and information…newspaper for General Practitioners” – on Fetal Alcohol Spectrum Disorder (FASD), “neurocognitive impairment, prenatal and postnatal growth impairment as well as a syndrome of mid-face abnormalities” in children the result of the mother’s alcohol consumption while pregnant. Download the article here.

In a June editorial in the Medical Journal of Australia, Elizabeth Elliott, Professor of Paediatrics and Child Health at the University of Sydney, shared her frustration that 60 per cent of Australian women drank alcohol during pregnancy, suggesting that they may be getting mixed messages from their doctors. “Many doctors are unwilling to advise women not to drink during pregnancy, saying that one drink is not going to hurt,” she said. Read the editorial here.

Elliott and colleagues have recently published research in the Journal of the American Medical Association Pediatrics that demonstrated “a consistent association between craniofacial shape…at almost any level of prenatal alcohol exposure regardless of whether exposure occurred only in the first trimester or throughout pregnancy”. 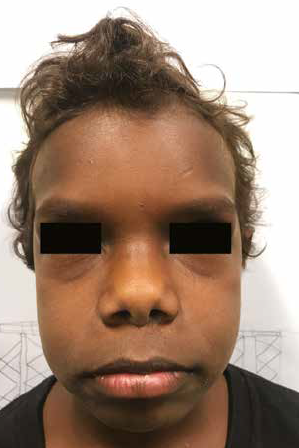 The Journal of the American Medical Association Pediatrics research by Professor Elliott and colleagues investigated whether there is a link between different levels of prenatal alcohol exposure and child facial and skull shape at 12 months, which is still poorly understood.

Of the 415 children in the study (195 girls and 220 boys), a consistent link between facial and skull shape, and prenatal alcohol exposure, was observed at almost any level of alcohol exposure, whether that exposure occurred only in the first trimester or throughout pregnancy. Regions of difference were concentrated around the midface, nose, lips, and eyes. Read the abstract of Professor Elliott’s study here.

This finding means that fetal alcohol exposure, even at low levels, can influence facial and skull development. This is important since the face and brain develop together in the fetus and young child.

The authors support the view of the National Health and Medical Research Council (NHMRC) and Pestell and Fitzpatrick’s article in Australian Doctor that, “for women who are or may become pregnant, avoiding alcohol is the safest option”.

Dr Will Milford, speaking on behalf of the Royal Australian and New Zealand College of Obstetricians and Gynaecologists to the Medical Journal of Australia, said that the study reinforced the message that the safest option for women pregnant or planning a pregnancy was to abstain from drinking. However, he also stressed that these findings should not panic women. “The study has proved an association – which may or may not be causal – between any prenatal alcohol exposure and changes in facial features, the ramifications of which remain unknown,” he said. Read the interview with Dr Milford here.

In their Australian Doctor article, authors Pestell and Fitzpatrick note that “alcohol consumption is common among Australian women. National survey data suggest that about 50-60% of Australian women drink in pregnancy”. What is still unclear is the prevalence of prenatal alcohol use in Australian women, including the critical period before pregnancy awareness, and pre-pregnancy drinking and drinking throughout pregnancy.

When compared with women who did not drink during pregnancy (“abstainers”), those who drank in the first trimester only were more likely to have an unplanned pregnancy, and not feel the effects of alcohol quickly. Compared with “abstainers” and with women who only drank in trimester one, those who drank throughout pregnancy were in their early to mid-thirties, smoked, had a higher income and education.

Women whose age at first intoxication was less than 18 years (the legal drinking age in Australia), were significantly more likely to drink in pregnancy and at binge levels at “special occasions” prior to pregnancy recognition. This is the first study to publish data on “special occasions” binge drinking and perceived alcohol effect (quickly or very quickly), in pregnant women. If maternity care professionals ask women about special occasion drinking, they may learn important information on alcohol use. This information may allow clinicians to discuss the risks of alcohol in pregnancy and provide, if necessary, a referral.