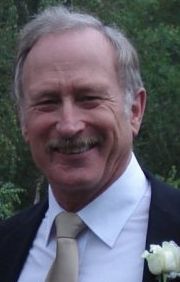 I suffered a Brain Injury myself after a motor vehicle accident on the 27th April, 1992. The following story is about the things I have done and the places I have been since the accident, and how I passed the time during those five years as I waited for the resulting court case to begin.

There I was, driving along the road to the country where I was to work that day, when I was approached by a car from the other direction. As it approached me, it veered across the road and actually crossed the double lines in the middle. I quickly looked to the left-hand side of the road to see if there was anywhere to go in an emergency.  There was nowhere. As I looked, I actually moved over onto the dirt on the side. As I looked back to the approaching car, it smashed into me.

I was immediately plunged into a deep sleep. The next thing that I remember was opening my eyes and seeing my left hand still clutching the steering wheel and my right arm was hanging out of the window. The next time was when the Police were turning my body around to remove it from the wreckage.

They had to cut the door out of the way first. It was then that I saw an Ambulance that was parked on the other side of the road, facing the east. I was told later that I did not go in that one at all, but I was flown in the Rescue Helicopter straight to Westmead Hospital. The doctors had to operate on me for over twenty-four hours.

There I stayed for the next couple of months and I was then transferred to Ryde Rehabilitation Centre. I remained in a Total Coma for over three months. I was then in a Part or One-Way coma for about the next year and a half.

Apparently I died a number of times and had to be resuscitated. It was in Ryde that I first started to get my memory back.

I was told later that I had been a terrible and very hard to get on with patient in both of the hospitals.  Apparently I would not stay in my bed for very long at all and the nurses had to tie my body to it, to prevent me from continually getting out. When that didn’t work for long, they put my mattress on to the floor and that’s where I finally did go to sleep.

When I improved enough, I was put into a wheelchair and that is where the fun really started. I sped my way around the hospital much to the discontent of the nurses. Then I was put into a Walking Frame for a while. That’s when more fun became available to me. A pair of Crutches was fun also and they were a lot quicker too. Finally the Walking Stick which I came home with.

Thankfully, my wife and family stayed with me as much as they could. I am sure that if it wasn’t for them, I would not have made it at all. My wife used to go to work in the morning, and then come to the hospital to feed me my dinner. She would often stay until 10 or 11 o’clock, when she would finally go home to bed. My son, Edward, was terrific as well as he would talk to his Daddy as his Mum told him to, to make me feel better until he fell asleep.

I can still remember now, that it was then that I used to ask for them to please take me home, because I was sick of being in that wretched place.

That is where the title for my story came from although I was still in the Full Coma I was told later, the doctors called my Wife and my Mother to come and sit on the bed so they could tell them something.

“As David has been in a severe accident, he is still in a Coma and I don’t think that he will ever come out of it.”

“He will probably need to be fed each day and looked after all the time. It would probably be a good idea for you to book him into a Nursing Home.” How terrible it must have been for them to be told that. I could not hear any of the conversation as I was still in the Full Coma at that time. My brain must have taken some of it in, because that is the time that my ‘DETERMINATION’ must have started to go to work.

I have been given a letter from a Consulting Engineer since it all happened and they have written this: “A possible alternative scenario leading to this collision, was that the Laser driver adjusted her steering path to her right to either avoid or to recover from the left-side wheel running off the edge of the pavement on the right curve and in doing so veered to the incorrect side of the road and this resulted in the collision.”

This is really a lot to think about very, very carefully.

I was born in a line of five Jewellers. I did my Apprenticeship for the trade for five years, after attending High School at Trinity Grammar.

I started my own Manufacturing Jewellery Business when I was 23 years old. I owned and ran my own business for about 20 years. I had a Manufacturing and Retail business in Parramatta when I had the first of my two accidents.

I was driving to my shop in Parramatta one morning when a lady turned right in her car and smashed into my Mercedes Benz. That impact left me with a lot of spinal problems that prevented me from continuing work at the bench.

To be a manufacturing jeweller one does have to spend a lot of time at the bench making or repairing jewelry. I very quickly realised that I could not continue there so I had to close the business completely.

I then had to work as a Managing Director of a company that dealt in the Financial Services Industry for about two years. It was a branch of a parent company, which had six branches.  After about a year and a half some of the other branches got themselves into difficulty.  We tried to make it work alone but found it too hard to continue.

OK, so we needed another good way to make income preferably without too much work.  So my wife and I purchased a Property for an Investment at Arundel in Queensland , SE of Brisbane. After a few months I noticed that the value had increased smartly and also the Rent. This was looking good. So, we purchased another one at Cashmere, NW of Brisbane. Here we bought a block of land and had a new house built to take advantage of the Depreciation Deductions that apply to new housing.

How the Heck can I afford all this?  Very simply. We borrow the necessary cash on Interest Only Terms from the Financiers and the Rent will pay this off for us. Over the years they will grow in value & sometime in the future, they can be sold & the results of this programme put into a simple Bank account which will provide Ongoing Interest. This will be our ‘Perpetual Stream of Income’.

Well there is a good idea that is working for me.

It really is amazing that the doctors once said that I was in a very bad way, I would be very lucky to pull through and so they said,  “He Will Never Walk”, “He Will Never Talk”. 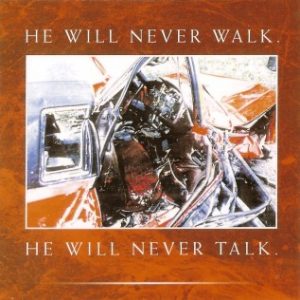 Or, through your local book shop.